Omaha Holdem commonly called Omaha, like Texas Holdem Poker, is a community card game. Since Robert Turner brought it into the casino setting, it is rapidly growing in popularity and is now among the top three most played variations of Poker in the world. The main difference between Omaha and Texas Holdem is in Omaha each player is dealt four “hole cards” instead of two as in Texas Holdem.

Robert Turner, a casino executive, first brought Omaha to light in a casino setting. The exact origin of the game, however, is unknown. Robert Turner introduced the game to Bill Boyd, who brought Omaha Holdem in Las Vegas to the Golden Nugget Casino. It was first introduced as “Nugget Holdem”.

The name “Omaha” in Holdem is synonymous with “Tight Holdem”. This is because Omaha Holdem requires the players to use both the hole cards, combined with community cards, to make a hand. This particular rule of this four whole card game version has been constant across all the variants of the game. Omaha is derived from this strict requirement of using both the hole cards. The term “Holdem” is used in games that use community cards that are shared by all the players. This is how the present day Omaha Holden’s name derived. Two of the four whole cards must be used with the community board not four three or one.

That is why its generally not good to have 3 or 4 of a kind in your hand. AAAA for example is not as good as AAKK because AAAA has no chance of another ace or two hitting the board, but the hand with KK in it can hit for 3 or 4 of a kind still as well as hit a straight or flush if her other cards are suited.

I would much rather have KKQQ to KK 99 both suited to be able to hit trips or a straight or flush. You also have no chance of a flush or straight draw with AAAA in your hand. When ever people play a hand with 3 cards the same it is a weak starting hand, and although they may get lucky with it now and then it is an over all losing strategy percentage wise as your winning hand percentages go way down. 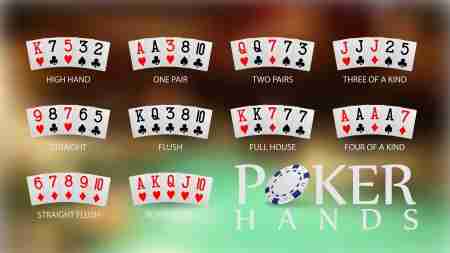 PLO High – It is the original version of Omaha. In Omaha high, the hand with the highest five card poker hand wins the game and takes the pot. The highest hand should include two of the players’ four hole cards.

Eight or better – Also called Omaha Hi-Low. In this version, the pot is distributed equally among the players with the highest and lowest hand. A separate high and low hand is made by each player. The entire pot can be won if a single player simultaneously gets the highest as well as the lowest hand. This is mainly played in the fixed limit betting structure, nonetheless, the Pot Limit Omaha Hi low is also gaining huge popularity and no limit running up behind quickly.

A player must be able to play lower or equivalent to 8-7-6-5-4, this is why this Omaha version is also called eight or better.

AA23 is the best starting hand to have especially if double suited. AK23 and AQ23 also play very well as the best starting hands. If you have AK45 you will be looking to see a 23 hit the board then any other low card like A 6 7 or 8. One of these along with your 23 will give you a lock on the low. Just be careful when playing against a high hand with a lock low hand as well as you will get only one third the pot.

Fixed Limit – In this Omaha version there is a limit up to which a pot can be raised. The limit is mostly four times the size of the Big Blind.

Omaha is also commonly called PLO. In Pot limit betting structure of Omaha, the minimum bet is same as the size of the big blind. On the other hand the maximum amount up to which a player can bet is limited by the amount of the pot.

There are some variations in the Pot Limit Omaha game as well and the most common of them is Five Card Omaha, also called “Big O”. The other variations of POL include Six Card Omaha and Courchevel. In Courchevel, players are dealt five community cards instead of four. These Pot limit Omaha variations are not that popular but still command followers from different parts of the world. There are not alot of games and opportunities for these variations but they are out there.

Fixed Limit: In this version, the betting amounts are predetermined. Each bet must be equal to the big blind and each player can bet for a maximum of four times. So, Fixed Limit Omaha, as the name suggests, has a fixed betting amount and bets can only be raised up to four times the original blind size. Omaha High low is mostly played in Fixed Limit Omaha structure, but as of 2017 pot limit and no limit are taking over, just as no limit took over holdem vs limit holdem.

No Limit: The players can bet as much as they want in No Limit Omaha. The minimum limit is the same, that is equal to the big blind but there is no limit to the maximum amount that can be raised. Due to the risky nature of No Limit Omaha, it is not as popular in comparison with other betting structures but is becoming more so especially in the smaller buy in tournaments.

Omaha Poker Games Are Tons of Fun, Cheers to Your Next Nut Hand

The Dealer: Every player is dealt one face up card. The player with the highest ranked card starts the game as a dealer. If two players have the same highest cards, they are dealt a card again to determine the winner.

The four Hole Cards: After the blinds are put out, the dealer deals each player one face down card at a time, starting from the left and moving in a clockwise fashion around the table. In Omaha, each player begins with four hole cards that are dealt face down by the dealer.

Pre Flop: After receiving the starting hand or the hole cards, the first betting round begins, known as “Preflop”. In a betting round a player has options- to check and do nothing, bet, call a bet, re raise someones bet placed before them or fold. To call is to match the betting amount of the previous player, to raise is to increase the bet amount by the previous player, on the other hand to fold is to discard the cards and give up your interest in the pot. One betting round continues until each player has either; checked, bet, called, raised or folded; that is until each player has got the chance to play.

The amount of call or raise depends upon the size of the previous bet. If none of the players have bet yet, the first bet amount depends on the big blind.

Flop: After the conclusion of the pre flop betting round, the flop is then dealt and then there is the first betting round, of course if there are still two or more players on the table, the Flop is dealt. Everyone sometimes all fold right up to and including the small blind, which then gives the big blind the pot with the blinds in it. Or sometimes the pre flop is raised and everyone folds relinquishing the pot to the raiser and then there is no flop.

What is The Flop? It is the first three of the five community cards dealt face up. The betting options available to the players in the Flop round remains same as the Pre Flop round.

The Turn and the River: After the flop round is over, if there are more than two players on board, the remaining two community cards called The Turn or the Fourth Street and The River or the Fifth Street is dealt one by one, one face up card at a time with betting after each card is added to the flop.

Omaha Poker Showdown: After betting in the Fourth and the Fifth Street, if there are more than two players with active hands remaining, The Showdown begins. In Omaha, The Showdown has a simple rule- the player with the best hand wins the pot. However, in the Hi/low version of the game the players simultaneously play a high hand and a low hand and the players with the highest hand and lowest hand win the game and share the pot. Both the hands can be simultaneously won by a single player. In that case, one player takes the whole pot.

Omaha Poker Tip: Be careful chasing a low only hand especially when there is only only one low card that has hit the flop. You may lose the hand completely if the turn and river do not bring out more low cards, and the betting usually is bigger on the turn and river. 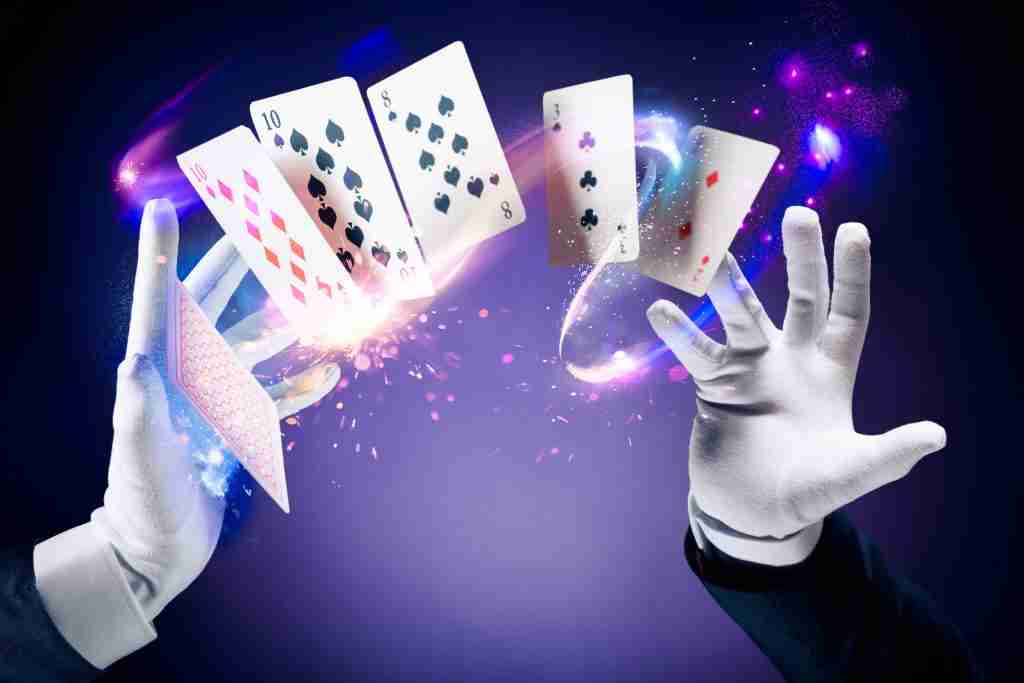 While drawing his or her winning hand a player has to use both of his or her hole cards and three of the community cards. The winning hand is the hand with the highest cards. In this regard, Omaha is a comparatively complex game with far more outs and winning combinations.

Wraps- In poker, a wrap is a straight draw with 9 or more “Outs”. An out is an unseen card in the deck that gives a player the best hand. With 4 hole cards in Omaha, there can be straight draws having up to 20 Outs! Not to mention when someone sucks out a full house on you when the board pairs and they are holding trips. Your straight is now worthless. Same with flushes, the best hands holding a straight are also those that can improve to a flush as well.

The betting rounds of both these Holdem Games are the same and so is the layout of the community cards. The main difference between Omaha Holdem and Texas Holdem lies in the dealing and use of the hole cards in making of the best hand at showdown.

In Omaha holdem, each player is dealt four face down cards that are “hole cards”. On the contrary, players are dealt two face down cards in Texas Holdem. An Omaha Holdem player has to use two of his or her hole cards and three of the community cards, while, on the other hand, in Texas Holdem a player can use all the community cards in his or her hand if the player wishes to, and usually this is a tie hand. For instance a Royal flush hits the board, and everyone in the hand still on the river wins as they all have the highest hand regardless of their hole cards.

It is, sometimes, said that Omaha is the game of “the nuts”. This is because when you have 4 whole cards in your hand it frequently takes “the nuts” to win a showdown. The Nuts is simply the best possible high or low hand. This Kind of Poker is a complex game, depending on probability and combination, because of the possible number of draws that can be formed using different combination of cards.

This Fun and Challenging version of Holdem is among the most popular community card games second to the giant two hand Texas Holdem Game. Offering the players with more choices and combinations that can be drawn from the given set of cards. This challenging game has way more odds to calculate sometimes giving even the most seasoned players heads a spin!

Good luck! Share this page for me now and bookmark this site for future reference. Thanks and have fun!